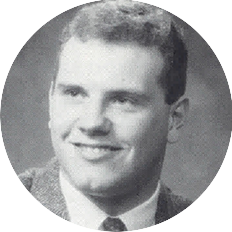 Michael Turner was a "lifer" at GA. He was a 4-year starter in both Varsity football and baseball; winner of 10 varsity letters; won the Scholar Athlete Award given at Prize Day in every year from his 7th grade to his 12th grade. He was a 3-time All Inter-ac selection in football, including the league’s MVP in Senior Year; winner of the Geis trophy in his senior year; 1st team All Area for 3 years in a row; named All City, All Scholastic, and All State in his senior year; winner of MVP in Montco All Star Game; named Maxwell Club award winner; named to Philadelphia Daily News All Decade and All time Inter-ac football team. As a baseball player, he was All Inter-ac for 3 consecutive seasons; received the Carpenter Cup for 3 consecutive seasons. At the University of Pennsylvania, he was a 3-time All Ivy League selection as a linebacker/defensive end; captain of the 2-time league championship team; winner of the Bert Bell Award as the outstanding player of the year from Penn and named as the Outstanding Scholar-Athlete from the Philadelphia area by the National Football Hall of Fame.