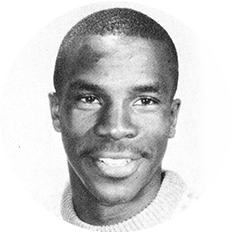 • Graduated with the second highest single game scoring total with 48 points in a game vs. Bishop McDevitt.

• Graduated as Germantown Academy’s all-time single season scorer for his efforts in 1986.

• Won the 1986 Markward Award given to the top player in the Inter-Ac League.

• Went on to Fairfield University and was a four-year starter.

• Worked for the Harlem Globetrotters from 1993-1998 and served as Director Of Player Personnel, involved with scouting and recruiting talent and was also a team sales representative.

• In the Germantown Academy Yearbook, was quoted with the following inspirational quote: