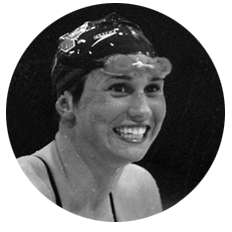 • Swam on the varsity girls swim team for three years, and

Performance and the Kit Award

• Undefeated in competition during senior year

• Swam on the Notre Dame varsity team for four years

• Member of the Academic All-American Team