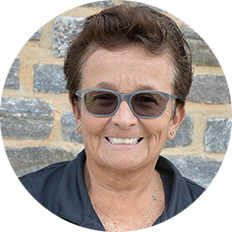 Her first state championship team, in 1997, featured two GA runners (Lindsey Sukay '98 and Liz Grau '99) finishing first and second in that meet, respectively, and the team finished the season undefeated (16-0). That team was inducted into the Germantown Academy Athletic Hall of Fame.

She formerly was co-head coach of the girls track and field team and helped to lead that group to three Inter-Ac League championships.