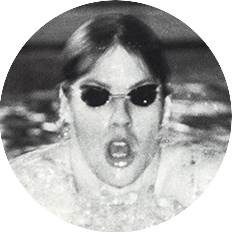 A four-time All-American swimmer at GA, Jeff Prior '85 led his team to a National Prep School Championship in 1985. Throughout his career, he had held Mid-Atlantic records in the 400 and 800 meter freestyle, the 400 meter medley and the 500 yard freestyle. He competed in the 1984 and 1988 Olympic trials and was a seven time member of the U.S. National Team. Prior went on to excel at the University of California-Berkeley, where he was a 14 time All-American, a record holder and Pac 10 Champion. He also has earned silver medals in the Pac-Pacific games, the Pan-American games and the U.S. Open, and bronze medals in the World University games.