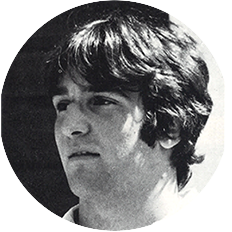 Jim Reilly had a remarkable career as a wrestler, both at GA and at Lehigh University. At GA, he won three straight National Prep School Championships and in four years of scholastic competition, compiled a record of 110 wins and 3 losses, which included a winning streak of 86 matches. As co-captain in 1979, he led GA's wrestling team to a come-from-behind first place finish at the National Prep School Wrestling Tournament. He was voted the Most Outstanding Wrestler Trophy for his efforts. He also led GA to two Philadelphia Area Private School Invitational Wrestling Tournament (PAPSWIT) championships and two Inter-ac championships. At Lehigh, Jim's career continued to flourish. As a two-time All-American, he won an EIWA Championship and was nationally ranked.