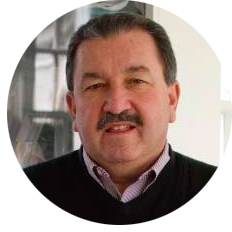 The Patriots’ longtime coach has amassed 611 career victories, making him only the third boys basketball coach in Philadelphia history to reach the 600 career victory total. Since his tenure began at GA in 1989, Fenerty has led the Patriots to 17 Inter-Academic (Inter-Ac) League Championships, and his teams have recorded 16 20-plus win seasons.

Coach Fenerty prides himself with putting together a competitive schedule on a yearly basis. Kobe Bryant, Lebron James and Kevin Durant are just three of the most famous stars of the NBA who have played against GA teams during Fenerty’s tenure. The 2001-02 team was ranked as high as No. 5 in the nation. Fifty-five of his student-athletes have gone on to play athletics during their collegiate careers, with more than 40 playing college basketball. Six student-athletes have gone on to play professional basketball in the NBA and abroad. During his tenure, Fenerty has been selected Coach of the Year by the Philadelphia Inquirer, Philadelphia Daily News, The Times-Herald, The Intelligencer, and the Montgomery Newspapers.