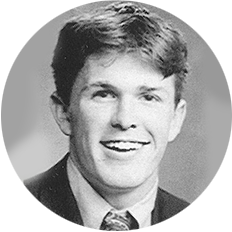 • Was named to the All-League teams for Varsity Football and Varsity Lacrosse during his junior and senior years.

• Won the Unsung Hero Award for Football as a sophomore.

• As a senior, won the Joe’Dangelo Integrity Award, the Robert E. Lamberton Award for Football and Scholastic Achievement and was the Montgomery County All-Star Selection for Football.

• Named All-State Lacrosse in his junior and senior years and was also named All-American as a senior.

• Named the Lacrosse Team Most Valuable Player as a senior.

• Named the P.S.L.A. Inter-Ac Co-Most Important Player for Lacrosse as a senior.

• A P.S.L.A. All-Star Selection for Lacrosse.

• As a freshman, won the Leopold Memorial Prize for Athletic and Academic Achievement.

• Won the Gummy Memorial Prize for Athletic and Academic Achievement as a junior.

• Won the Bernard Dallas Award for Athletic Achievement as a senior.

• Was the Varsity Lacrosse Team Captain for one year.

• While at Penn State, won the Team GPA Award during his sophomore and senior years.