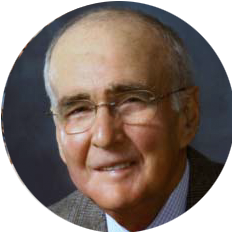 Special Recognition for Coaching and Contribution to the Athletic Program

• Served as a line coach for the varsity football team

• Started working for Phillies for $150 a week

• Went on to become Executive Vice President and President of Phillies

• A 1964 alumnus of the William Penn Charter School

• Attended the University of Pennsylvania where he was a history major

• Studied marketing research at The Wharton School of business

• Current Chairman of the Philadelphia Phillies

“Coaching at Germantown Academy was undoubtedly one of the best times of my life. It also opened several doors for me. Most notably the opportunity to work at the Phillies, but also the opportunity to continue coaching (The Philadelphia Little Quakers) for three years.”