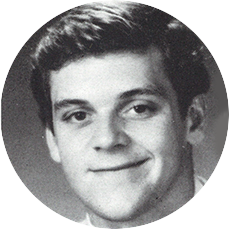 David Wharton is one of the greatest swimmers in GA's history. He holds four individual school records and two national prep school records. After GA, Dave attended the University of Southern California where he was the Most Valuable Swimmer for four straight years, a four-time All-American in 21 events, the NCAA Athlete of the Year in 1989, the NCAA Swimmer of the year in 1988 and 1989 and the top U.S. Swimming Performer of the Year for three straight years. He has made numerous appearances in the Pan-Pacific Games, the World Championships and the Goodwill Games, and was a member of the 1988 and 1992 Olympic Teams. In the 1988 Olympics, Dave won a silver medal in the 400m IM.