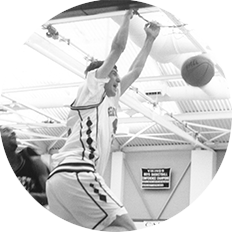 • First and only basketball player in Germantown Academy history to score 1,330 points and grab 1,021 rebounds.

• Received the Most Improved Award for Basketball in 1995.

• Awarded the 1998 Herb Goode Inter-Ac Person of the Year.

• Received the Markward Award for Scholar Athletes in 1998.

• Received the Most Improved Award and the Outstanding Performance Award for Track and Field in 1997.

• Placed fifth in the Triple Jump League Championships in 1988.

• Attended Princeton University and played Basketball from 1999 to 2001.