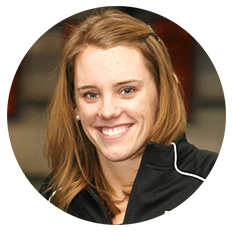 • Served as captain of the Patriots for one season

• Member of the 2005 National Championship team

• Graduated from Princeton University, with a dual major in Political Science and Photography

• Voted Athlete of the Decade by Princeton’s Athletic Department

• Recipient of the C. Otto von Kienbusch Award, given annually to the top senior sportswoman at Princeton

• Currently in her third season as an assistant coach of the New York University men’s and women’s swimming and diving teams. She works primarily with middle distance and distance swimmers

• Currently works at Morgan Stanley in their investment management division