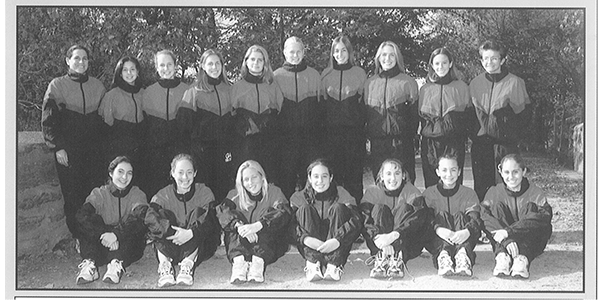 Inter-Ac League Champions with a 6-0 regular season record and a victory at the Inter-Ac Championship meet by 11 points that capped the League title. Lindsey Sukay did not participate in the meet, but the rest of the team, most notably Steph Will ‘99 and Carolyn Change ‘99, really stepped up. Liz Grau finished second at this meet.